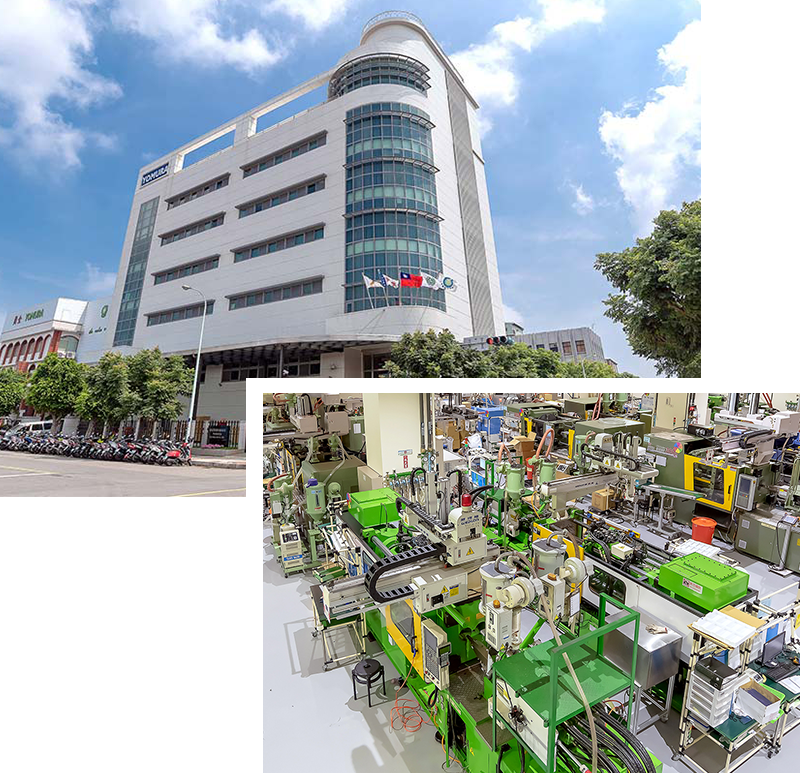 Yomura Technologies Inc. was founded in 1989 by mechanical engineer Leon C. Liu, a graduate of Taiwan National Cheng Kung University, YOMURA TECHNOLOGIES is known by world class brands as Taiwan’s premier double injection mold expert. YOMURA is located in the Taipei suburb of Linkou which is nearby the Taiwan International Airport. We operate five clean & modern factories with just over 300 employees. YOMURA TECHNOLOGIES emphasizes technical innovation and provides customers with Joint Design or Original Design Manufacturing (JDM/ODM) services including research and development collaboration. We have invested in a variety of engineering and manufacturing capabilities to support our customer's complex requirements including our own in house tool shop equipped with high-end, Erowa robotic tool automation.

Although we specialize in double injection molding we have also obtained expertise in insert/over molding, IMD/IME, micro molding, liquid silicon molding and several other mold injection technologies over the past 30 years. In addition to mold fabrication and injection molding we also provide contract manufacturing and global logistic services. Our assembly line 1 was assessed by SEIMENS as one of the top two Taiwan production lines in their QMS Authorized Vendor's List.

We strive to be an trustworthy and reliable manufacturing partner in Asia and are proud to have gained the respect of major OEM/ODM clients who have continued to do business with us for many years. We know this relationship would not exist if our engineering services and quality standards were not at the highest level. Likewise, our optimized supply chain management system allows us to keep our pricing very competitive. For every client, from large volume OEM to small protoyping trail runs, we will always do our best to add value to your product.

The engineering foundation of YOMURA TECHNOLOGIES began long before the company existed. President Liu started his career designing machinery to build automobile engine parts and later textile machines in the 1960s. He was then employed as the plastic tooling engineer for Philco-Ford.(a joint partnership company in Taiwan that manufactured TVs, radios, ). In 1970 he decided to venture out on his own and founded his first company manufacturing hydraulic pumps and assemblies. Soon after his hard work paid off with his design and patent of the first hydraulic lift gate for Taiwan delivery trucks. This was a huge success.

In 1974, he decided to diversify and created a second company, Yonkers Inc., specifically for injection molding. It was at this company that he built his first complete injection mold machine. Having made a name for himself earlier in the knitting machine industry, he was able to win important sewing machine parts contracts from Singer.

In 1979 Leon traveled to Germany to purchase a high-end, Arburg double injection mold machine. It was the first and only one of its kind in Taiwan. Because of the quality of the machine and his expertise in material properties, he was able to win important contracts from Olivetti, a major typewriter company, making double injected key caps. This machine would later make key caps for Apple's first keyboards. In 1989 Leon re-organized Yonkers as renamed the company Yomura.

Since then, YOMURA TECHNOLOGIES has gone on to design, manufacture and assemble millions of plastic components for a wide variety of industries including 3C, aerospace, automotive, healthcare, military and many others. 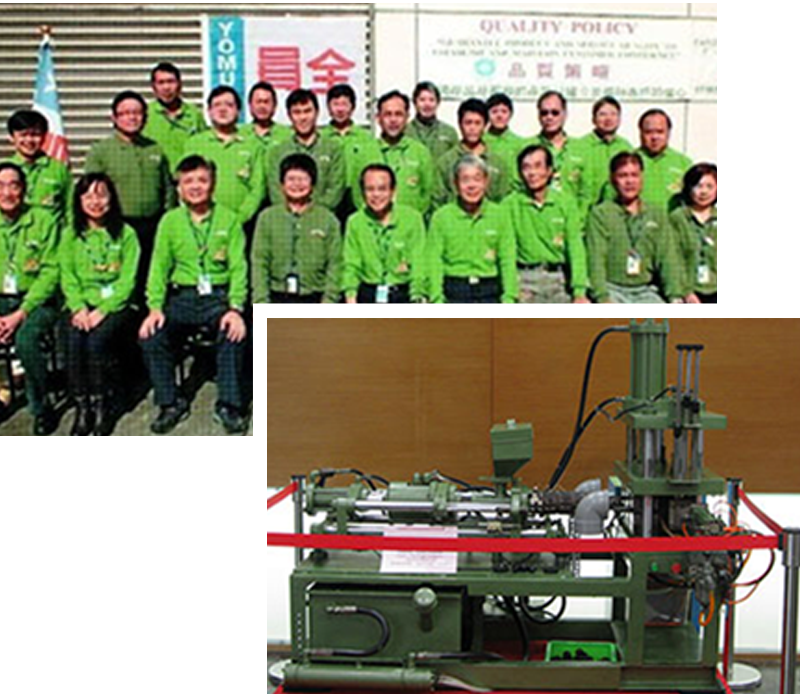 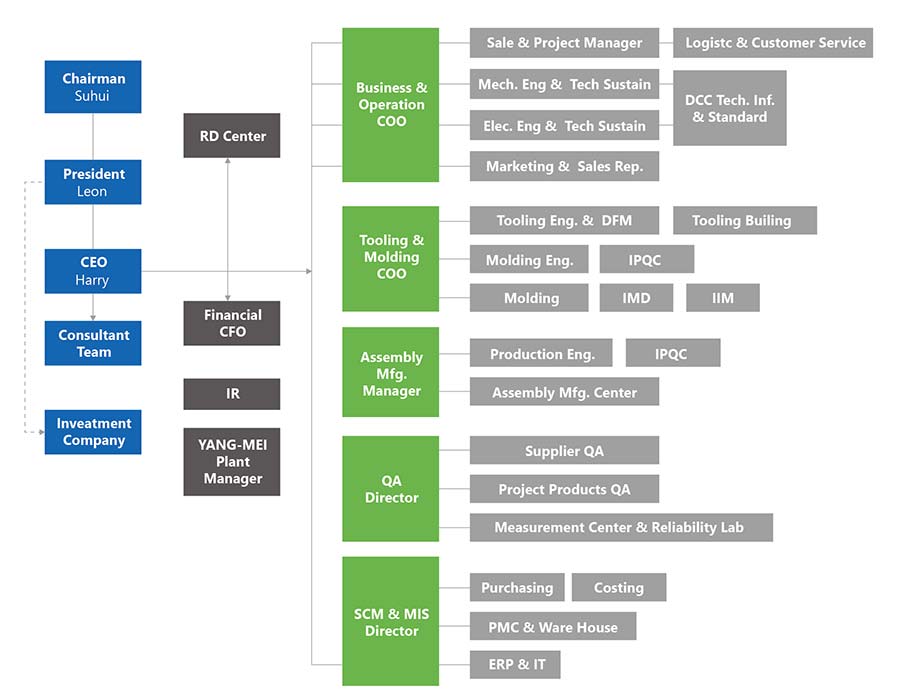 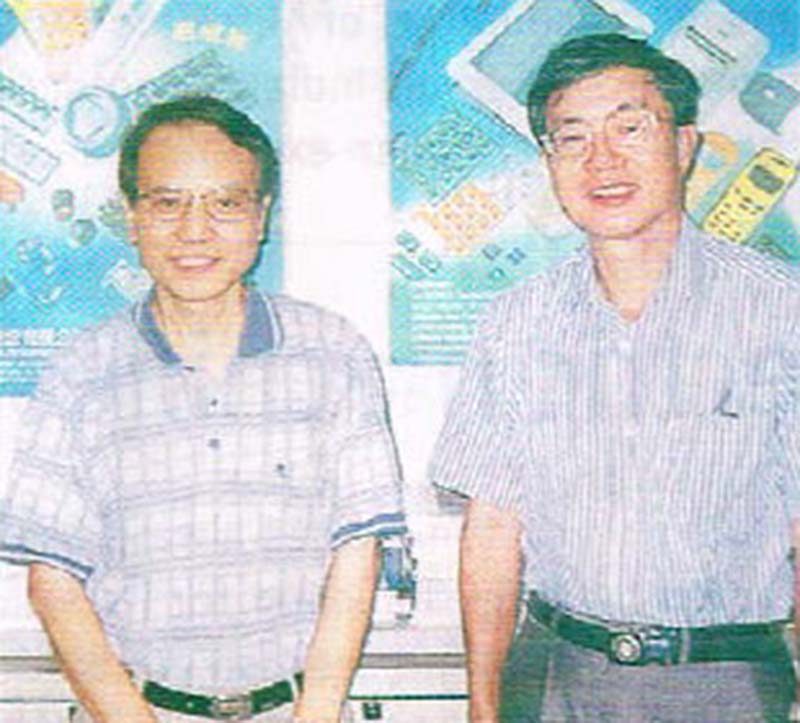 Harry joined YOMURA TECHNOLOGIES 15 years ago as Vice President & General Manager. Harry holds a B.S. in Industrial Engineering from Taiwan National Cheng Kung Unversity. He has over 40 years of experience in production management including 10 years as Taiwan Plant Manager for Wyse Technology. Harry was the very first manager in Taiwan to implement an ISO 9001 quality control system. His certification methodology is still used by many others to this day. Harry is an expert in supply chain management, JIT inventory control & cost down solutions. Under his management, sales revenues at Yomura have gone from US$2M in 2000 to over US$70M today.

Harry played an important role in guiding Yomura to obtain the Republic of China Ministry of Economic Development Mittelstand Qualification Award. This award is given to only the top 200 companies in Taiwan for quality management (out of over 1 million companies). Along with the qualification award comes government sponsored sales, marketing, technical and Industry 4.0 investment support. It is highly competitive and sought after achievement for manufacturers in Taiwan. 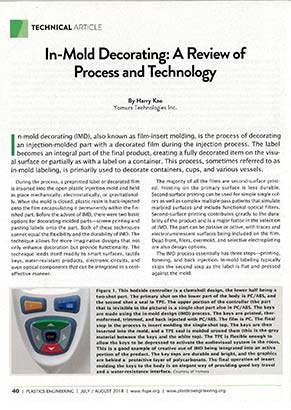